This Saturday South Africa will be celebrating Heritage Day. And with Retro Afrika Bioscope playing such a significant role in restoring and preserving this beautiful country’s diverse film heritage it seems only fit to dedicate a blog to this awesome day!!! It’s also very important to remember where it all started and what significance it has to the people of South Africa and our rainbow nation.

“When our first democratically-elected government decided to make Heritage Day one of our national days, we did so because we knew that our rich and varied cultural heritage has a profound power to help build our new nation.” 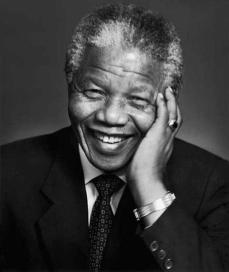 Retro Afrika Bioscope has been dedicated to preserving and restoring lost and forgotten films produced in the 1980’s. These films might never have been seen by modern audiences if it wasn’t for this project. We started the long process of sourcing these films and restoring them to their former glory and today they are accessible on various platforms such as DVD and Video on Demand. In South Africa we have partnered with DSTV’s Mzansi Bioskop, channel (164) in bringing these once forgotten African Classics into your living room and this Sundays movie will be ‘Isiqalekiso’ [1980]’.

So how are you going to spend your Heritage Day? If you’re living outside of South Africa. why not go onto FilmDoo, Hoopla Digital or Bigstar to browse through our catalog of movies and stream these Lost African Classics. You never know, you might find your next favorite between the rich treasures that is South Africa’s film pride and joy. 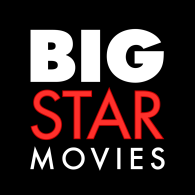 Women continue to embrace our screens with talent, charm, and wit, and it is with this statement that we find it necessary to honour the lives of many great female stars who are no longer with us today. These women revolutionised the world of stardom, and put forward impeccable performances for their audiences. Thus, it goes without saying that these women should be commended for their inspirational performances, elegance, and talent. Here are five films we encourage you to watch, starring Grace Kelly, Judy Garland, Jean Harlow, Thelma Todd, and last but not least, Marilyn Monroe.

Professional photographer L.B. “Jeff” Jeffries breaks his leg while getting an action shot at an auto race. Confined to his New York apartment, he spends his time looking out of the rear window observing the neighbors. He begins to suspect that a man across the courtyard may have murdered his wife. Jeff enlists the help of his high society fashion-consultant girlfriend Lisa Freemont, played by the lovely Grace Kelly, and his visiting nurse Stella to investigate. 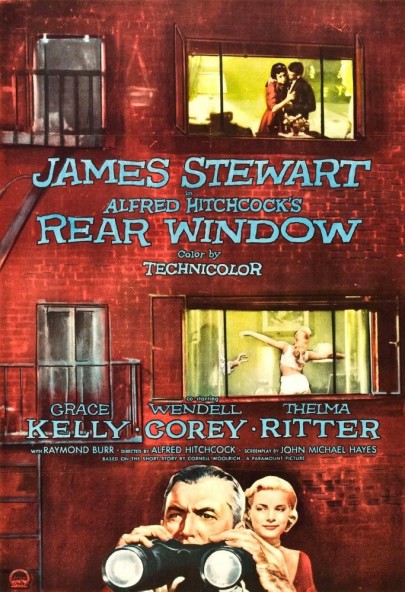 St. Louis 1903. The well-off Smith family has four beautiful daughters, including Esther, played by the wonderful Judy Garland, and little Tootie. 17-year old Esther has fallen in love with the boy next door who has just moved in, John. He however barely notices her at first. The family is shocked when Mr. Smith reveals that he has been transferred to a nice position in New York, which means that the family has to leave St. Louis and the St. Louis Fair. 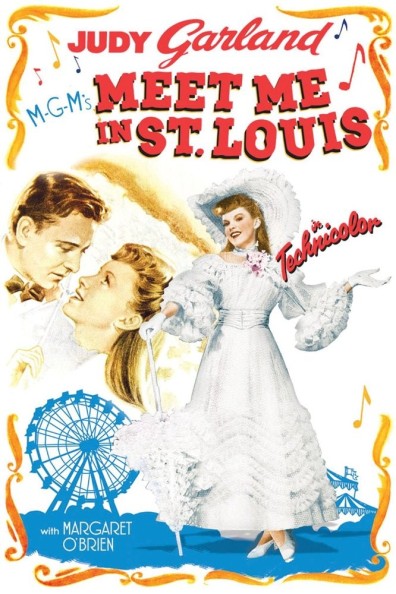 Warren Haggerty is the chief editor of the New York Evening Star. He is married to Gladys, played by Jean Harlow, and keeps on delaying his marriage with her because of problems his newspapers must face. When it is filed a 5 million dollars claim by Connie Allenbury for having printed she is a marriage-breaker, he organizes the unconsummated marriage of Gladys and the don Juan Bill Chandler. The goal is to catch Connie alone with a married man…

Professor Quincy Adams Wagstaff has just been installed as the new president of Huxley College. His cavalier attitude toward education is not reserved for his son Frank, who is seeing the college widow, Connie Bailey – played by the talented Thelma Todd. Frank influences Wagstaff to recruit two football players who hang out in a speakeasy, in order to beat rival school Darwin. Unfortunately, Wagstaff mistakenly hires the misfits Baravelli and Pinky. Finding out that Darwin has beaten him to the “real” players, Wagstaff enlists Baravelli and Pinky to kidnap them, which leads to an anarchic football finale.

When two Chicago musicians, Joe and Jerry, witness the St. Valentine’s Day massacre, they want to get out of town and get away from the gangster responsible, Spats Colombo. They’re desperate to get a gig out of town but the only job they know of is in an all-girl band heading to Florida. They show up at the train station as Josephine and Daphne, the replacement saxophone and bass players. They certainly enjoy being around the girls, especially Sugar Kane Kowalczyk, played by the breath-takingly beautiful Marilyn Monroe, who sings and plays the ukulele. Joe in particular sets out to woo her while Jerry/Daphne is wooed by a millionaire, Osgood Fielding III. Mayhem ensues as the two men try to keep their true identities hidden and Spats Colombo and his crew show up for a meeting with several other crime lords.

These leading ladies have set a high standard for today’s generation of female stars, and although there are many talented performers today, there is something about the elegance, beauty and femininity which these ladies possessed that defined their era.

Gravel Road Entertainment Group’s Retro Afrika Bioscope and Mzansi Bioskop have teamed up to bring you a starlit line up of lost and forgotten South African films. Over the next couple of months, you can tune in every Sunday at 8pm to DSTV Channel 164, Mzansi Bioskop to feast your eyes on some of the most authentically South African films that was produced in the 70’s and 80’s. These films showcase all-African casts and in a number of local languages with English subtitles.

“Umbango” will have it’s first ever TV premiere this coming Sunday. The film was produced and directed by Tonie van der Merwe, starring Popo Gumede, Hector Mathanda and Kay Magubane and is arguably one of the first all African cast isiZulu Westerns. The film was digitally restored by Gravel Road Entertainment Group and was, together with the film Joe Bullet, official selection in the Forum section at the Berlin International Film Festival in 2015. Both films had sell out audiences at the festival. “As the first producer and director of an African language film, it gives me great pride to finally get some recognition for our contribution to the South African film industry. I am proud of what we have achieved and it’s a great honour and privilege to experience this moment. It’s a shame that most of these actors such as Ken Gampu, Joe Lopez and Hector Mathanda cannot be here today to see these films on TV. Thank you again to all the actors and my colleges. I salute you!!” says Tonie van der Merwe. 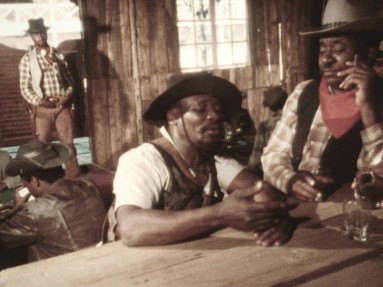 About “Umbango”
When Kay Kay, a powerful, ruthless businessman sets out on a mission of revenge against two men accused of killing his brother, he strong-arms the local sheriff into forming a posse of thugs to aid in his vendetta. But when Jet and Owen, the two easy going friends, learn of the gang out for their blood, they prepare to stand their ground and fight back. It all comes to a head in a final gun-fight, a showdown in the small western town where blood will have to be split if the friends wish to come out of this alive.

Listen to this radio advert for  ‘Trompie’ – a 1975 South African classic restored + brought to you by Gravel Road Entertainment Cape Town!

Our restored Afrikaans film will be available in Musica nationwide across South Africa in November. We are very proud of this and hope you will enjoy this restored South African classic from 1975. More on Trompie here. This is the digitally remastered version of the original 1975 feature film about Trompie, based on the Topsy Smith books. It’s about the mischievous young Trompie and the misadventures he and his gang of friends embark upon. Follow its Facebook page here.

CEO of Gravel Road Entertainment Group, who bring you the film, spoke recently on “Kyknet” in South Africa on DSTV. 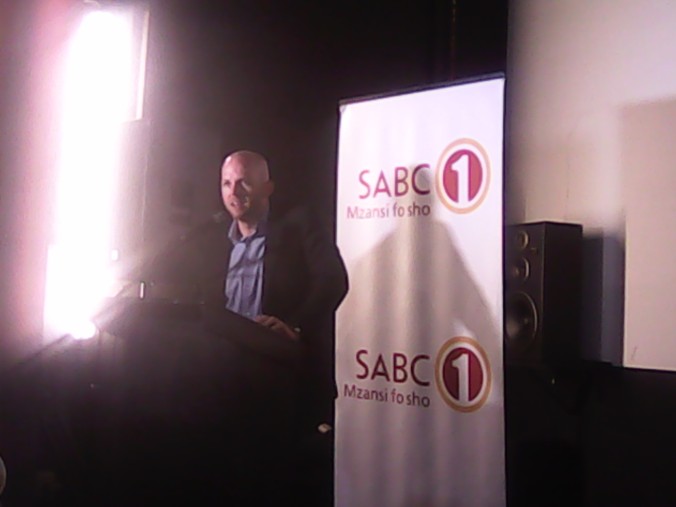 Screen grab from “Zero for Zep”

Retro Afrika Bioscope will be featured in a new series for Film SA on SABC News DSTV Channel 404. Starting tonight at 5:30pm and repeating tomorrow at 12:30pm, the series will run for the next 6 weeks every Friday at 5:30pm. Each episode will highlight one of the team members behind the magic of the Retro Afrika label. Tune in! Tonight’s feature will be on Reginald Pillay.

Watch our coverage on CNBC Africa which also goes behind the scenes at Gravel Road Entertainment’s offices. See the magic of restoring these vintage classics for yourself! 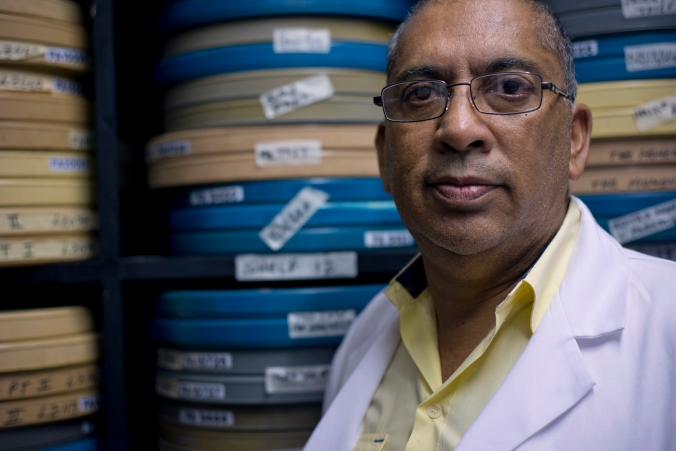 When last did you watch a scary movie?? #scary #halloween #slasher #creeps #psyco #horror #retro #vintage #film #restored #intragram #instamovies
Like Frankenstein, we all need a good cup of coffee - especially on a Monday! So chin up, drink your morning coffee and have an amazing Monday!!! #MondayMotivation #Coffee #SpookyOctober #Frankenstein http://gravelroadafrica.com/
Dolomite [1975] is a pimp who was set up by the cops and sentenced to jail, but will they get away with it.... #retro #retroafrika #classic #film #blaxploitation
Super Fly [1972] tells the story of the daily routine of a cochise dealer Priest who wants to score one more super deal before he retired. The film stars Ron O'Neal, directed by Gordon Parks Jr. #didyouknow the car that Priest drives is a 1972 Cadillac Eldorado with a Rolls Royse Grill!?! #blaxploitation #film #retro #vintage #retroafrika #blackculture
Black Shampoo [1976] where a black hairstylist has sex with his female customers, and tries to keep the Mafia from taking over his business. Written by Alvin L/Fast and Graydon Clark, directed by Graydon Clark and starring Joh Daniel's, Tanya Boyd and Joseph Carlo #blackshampoo #blaxploitation #retro #vintage #classic #film
Another classic film..... #retro #vintage #oldschoolfilms #restoration
My Tweets
Retro Afrika Bioscope
Blog at WordPress.com.