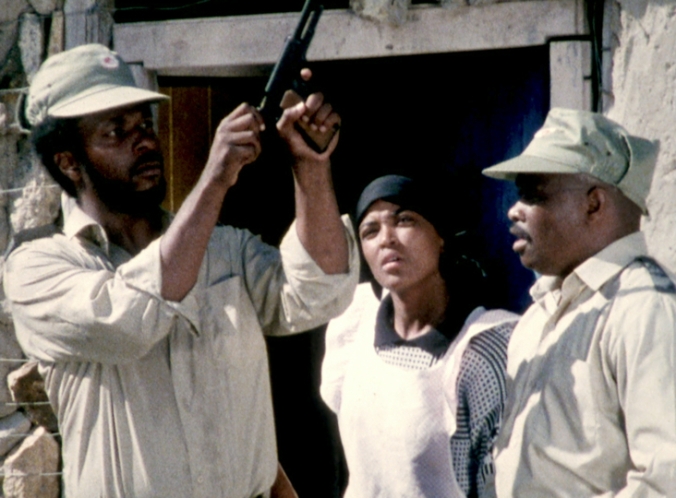 Filmed in 1988 on 16mm, this 70 minute action film will keep you on your toes! Directed by Tonie vd Merwe and produced by Oubaas Olivier, the cast includes Hector Mathanda, Popo Gumede, Kay Magubane & Ngebo Zungo. Catch it on Sunday night at 8:30pm on SABC1

A young Game Ranger will have to track a dangerous group of army deserters in a desperate attempt to rescue his kidnapped wife and son.

A young Game Ranger lives with his wife and son a large game farm bordering a neighbouring country.

Early one morning, only a few kilometres away, a gang of army deserters cross the border to loot, steal and poach whatever they can find. As the Ranger bids his family farewell and heads out on patrol, his son leaves for school.

While on his way, the young boy has a run-in with one of the deserters. He manages to escape, or so he thinks, and flees back home. The boy informs his mother of the events, and together they try to reach the Ranger via radio. But the deserters have followed the boy home.

Mother and son are kidnapped and the gang of deserters head back across the border. The father, calling in his Assistant Ranger, tracks the gang through the treacherous landscape back to their hidden base. The odds are stacked against him, but it is here that he launches a desperate attack on the hide-out in an effort to defeat the gang and rescue his wife and son. 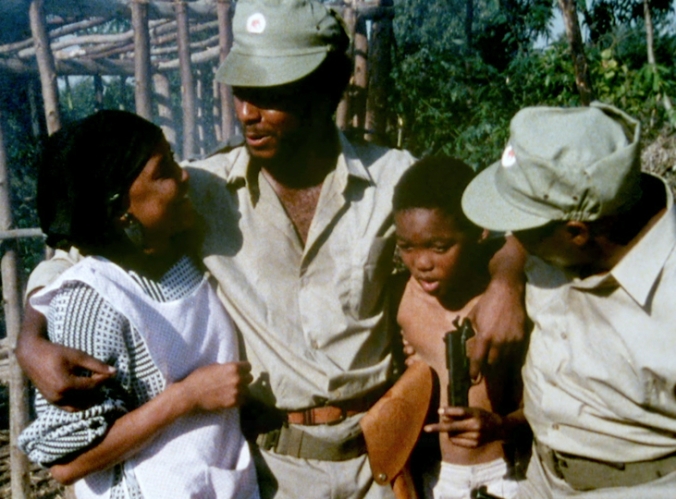 When last did you watch a scary movie?? #scary #halloween #slasher #creeps #psyco #horror #retro #vintage #film #restored #intragram #instamovies
Like Frankenstein, we all need a good cup of coffee - especially on a Monday! So chin up, drink your morning coffee and have an amazing Monday!!! #MondayMotivation #Coffee #SpookyOctober #Frankenstein http://gravelroadafrica.com/
Dolomite [1975] is a pimp who was set up by the cops and sentenced to jail, but will they get away with it.... #retro #retroafrika #classic #film #blaxploitation
Super Fly [1972] tells the story of the daily routine of a cochise dealer Priest who wants to score one more super deal before he retired. The film stars Ron O'Neal, directed by Gordon Parks Jr. #didyouknow the car that Priest drives is a 1972 Cadillac Eldorado with a Rolls Royse Grill!?! #blaxploitation #film #retro #vintage #retroafrika #blackculture
Black Shampoo [1976] where a black hairstylist has sex with his female customers, and tries to keep the Mafia from taking over his business. Written by Alvin L/Fast and Graydon Clark, directed by Graydon Clark and starring Joh Daniel's, Tanya Boyd and Joseph Carlo #blackshampoo #blaxploitation #retro #vintage #classic #film
Another classic film..... #retro #vintage #oldschoolfilms #restoration
My Tweets